Houses of a certain age in Australia often contain asbestos. Even houses that were built before the heyday of asbestos usage in the 1950s to 1970s can often have asbestos from a renovation or improvement in that timeframe. Here are 3 places you should check for asbestos.

External structures including sheds, external toilets and other outdoor buildings were often built in asbestos as it was a cheaper but hardwearing material. This is usually a relatively stable place to have asbestos around your home as long as it stays sealed and painted. Be sure to get it checked out by a specialist and confirm it is okay if you are worried.

Another quality of asbestos that made it popular was that it has great insulation properties, which unfortunately meant that it ended up in roofs and walls. In certain homes, this occurred in batts, which can be easily identified by a professional asbestos service, but in some states the popular installation style was a sprayed asbestos product marketed as 'Mr Fluffy'. This product is very fine and has often penetrated throughout the house, requiring a professional removal and in some cases home demolition. If you are worried that you may be in a house that has been filled with Mr Fluffy or a similar product, you need to get the house assessed by a professional.

As asbestos has a high degree of resistance to fire, it was a popular option for rooms such as kitchens that were vulnerable to fires. It was also often used in walls when enclosing old sleep outs as asbestos walls are relatively light and did not require extra support for the foundation. Many rooms, especially in extensions built in the 1950s to 1970s, had asbestos walls. This asbestos is generally fairly stable as long as it is in good condition and kept painted and sealed, although many homeowners choose to get the material removed for piece of mind. It is a relatively easy job to get these panels removed and disposed of when you use an experienced asbestos removal service.

If you have a house that was either built or renovated in the middle of the century, it is a good idea to check the home so that you can be sure of how much asbestos is contained in the home. An asbestos service can help you to locate any asbestos in the home and give you advice on the best path for asbestos removal. 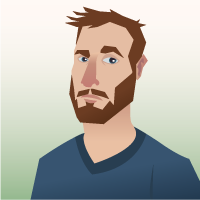 Hey! My name is Steve. I decided to start this blog so I could tell you the amazing story of how I found my dream home. I had been living in a small rental apartment for 10 years. I spent the time saving up money so I could put down a large deposit on a dream home. But I hadn't considered that I would have to find my dream home. Thankfully, I found a great real estate agent who searched the market for me and helped me to find a great place on the outskirts of the city. I hope you like my blog.

Three Things A Property Manager Will Take Care Of So You Don't Have To
18 March 2020
A property manager deals with a range of issues, taking the weight off your shoulders as the landlord so you don't have to worry about them wholly you …

4-Step Guide to Purchasing and Installing the Right Business Security System
23 January 2019
Security is a major concern for any business, big or small. Security breaches can lead to losses and damages, which will affect the daily operation of …

Commercial Cleaning Services Boost Workplace Productivity
4 December 2017
You may be wondering what has been wrong with your business lately. Your employees may not be motivated, resulting in poor and low quality work. In ad …